“And I know there’s a part of you that you haven’t seen in years.”

Man, there’s so much infidelity everywhere! Pete’s doing his best impression of a sloppier Don, cool ketchup vs uptight beans, Peggy at CGC vs Stan at SCDP, and obvi, Don and Sylvia. 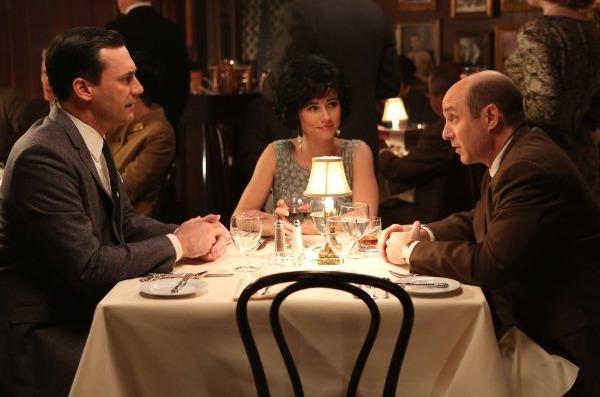 Don is on autopilot at the office as well as at home with Megan. The guy is way more engaged selling The Don Draper Experience to Sylvia at dinner— except for when he’s expertly tanking Herb’s dickbag flop ideas for Jaguar. And thankfully, Joan hits Herb with a barbed greeting to show exactly where she stands.

The whole Sylvia thing feels different than Don’s other myriad affairs. He seems exhausted by it all at this point, slumped in the hallway outside of his apartment. The endless push and pull, the relentless longing.  And let’s be real.. there’s nothing Megan can realistically do to stop him from needing other women. He’ll seek out something more, something intangible.

It’s clear that the more a lady comes to actually know Don, the more she accepts and loves him for who he is and not in spite of it, the less Don wants to be with her. He prefers ladies– and people in general– who don’t know him. Megan knows about most of his covert junk, so he can’t realistically pretend to be anything other than himself with her; and there’s nothing that guy loathes more than being himself.

In lighter news, Pete bangs Stage Five Clinger (and suburban neighbour) Brenda and shit blows right the hell up in his face. Fleeing her husband and screaming to be let into the Campbell’s house, poor Brenda is bloodied and Pete is understandably on edge as Trudy drives her to a hotel. Now, Trudy ain’t no Betty; proclaiming that she knew what she was getting into with marrying Pete, she’s understandably pissed off that he’s shitting where he eats and banging around the neighbourhood. Tacky, Pete. Trudy confidently gives him the boot, so it’s time for him to live some sad sack bachelor life in the city. 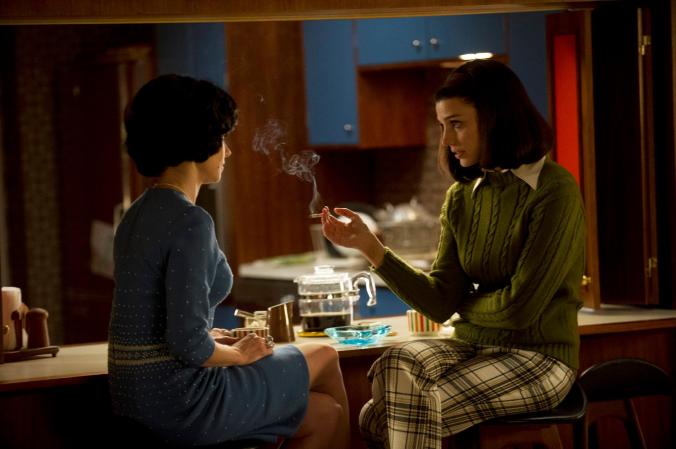 Turns out Megan had a miscarriage after Hawaii, and confides in Sylvia who immediately averts her eyes. Good old Catholic guilt. Megan feels like a horrible person for being grateful in a way, since being pregnant and having the subsequent baby would derail her career; she’s also not sure she wants a family, and in 1968, that isn’t something that women really talk about save for hushed tones. Gotta love those age-old societal expectations.

When Megan comes clean to Don, he can’t face the unmitigated intimacy of the raw hurt and emotional turmoil that Megan is going through, especially since he just wandered in fresh off a bang in the Rosen’s maid’s room. It’s too close to the chest, and could potentially draw him out of his carefully compartmentalised world. Although he has genuine concern for her wellbeing, there is something incredibly stilted, almost perfunctory about his reaction.

As an aside, a lady going through a miscarriage ain’t just some walk in the park either; Don must be astonishingly checked out not to notice that something was really going on with Megan. Oof. 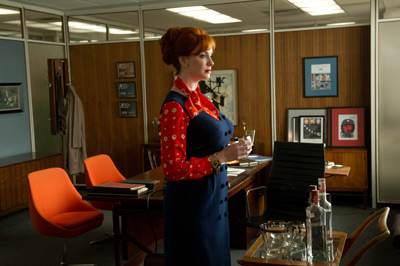 This contrasts directly with Don’s look of tacit empathy, warmth, and concern when Joan states ‘he’s here’ upon Herb’s arrival, as she helps herself to a drink. That exchange felt so intimate, so genuine in comparison.

When he tells Sylvia he simply doesn’t think about their bonking to explain how he can have a nice dinner with their respective clueless spouses, it echoes that advice he gave Peggy post-baby. But in this episode’s context, it’s a touch shadier. For Pegs, it’s an empowering speech; time to get on with your life and don’t let a single event define you. Here, it’s just sort of gauche.

And honestly, I don’t think he’s necessarily sick of banging around and lying– this shit is Don’s modus operandi extraordinaire, even down to his fucking identity. He does all of this as he lives and breathes, but everyone has a tipping point. Maybe he’s beginning to splinter at the edges, unravelling just a touch.

The end of this episode reminds me of season 1 and Sally’s birthday cake. The man really doesn’t feel at home anywhere.

“Now I understand– you want to feel shitty right up until the point where I take your dress off.. because I’m going to do that. You want to skip dinner? Fine. But don’t pretend.”